Apple took the original iPod and did three things with it:

What's funny is that none of those models exists any more. Today you can still buy the "original iPod" with the black and white LCD screen, and the iPod Mini and the iPod Photo, but they are all "old news". If you want to be current, you need to buy one of Apple's latest and greatest iPods... 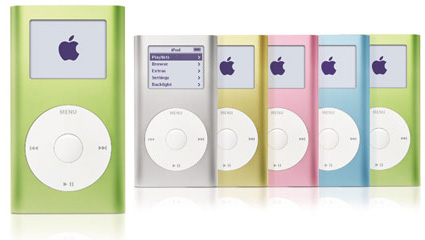 The old iPod Mini was cool at the time
but Apple doesn't make it anymore.
It's been replaced by the Nano!

Go to the Helpation iPod Forum!